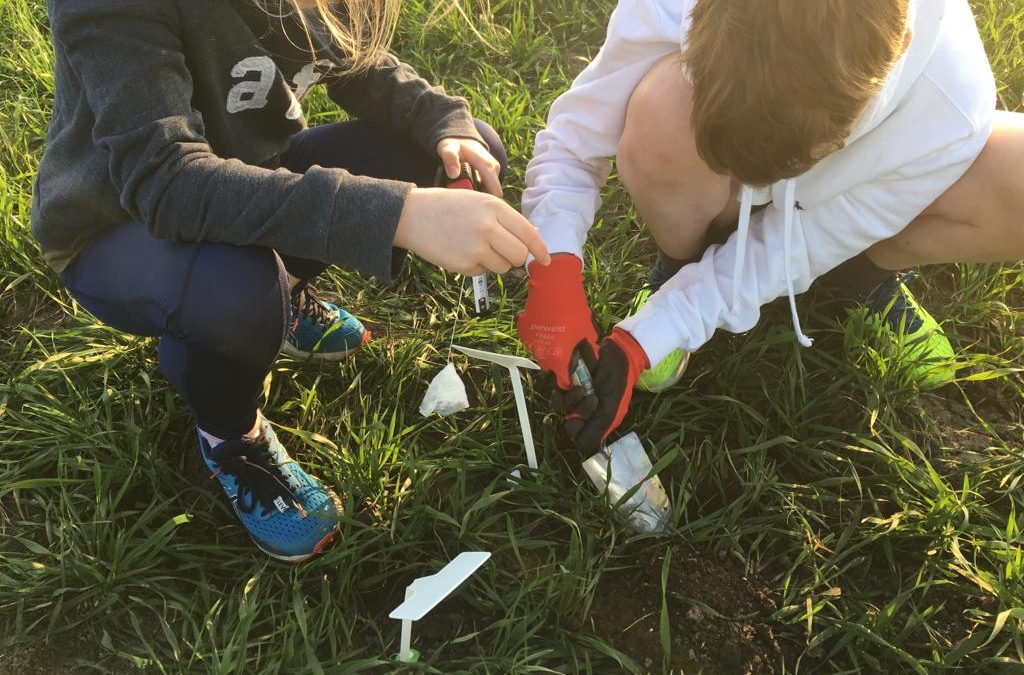 We are pleased to be taking part in the DirTea Sods Campaign this year.
We have buried teabags in two locations on the farm, some green tea and some rooibos tea. The teabags have been weighed before being buried.
After three months, we will hopefully find the teabags and weigh them to see what weight loss has occurred. This information will be used to compare differing decomposition rates of differing soils and climates with other farms across the country.

Why green tea AND Rooibos tea? Green tea decays easily and so will be used to determine the ‘fast phase’ of decomposition. Rooibos tea decomposes more slowly and will still be in the first phase of decomposition after the three months and so will show the initial decomposition rate.
The nice chap at DirTea Sods was even kind enough to supply a nice cup of tea and a KitKat which Harry and Izzie thoroughly enjoyed as a reward!
More news to come in 3 months time….!
Back to News